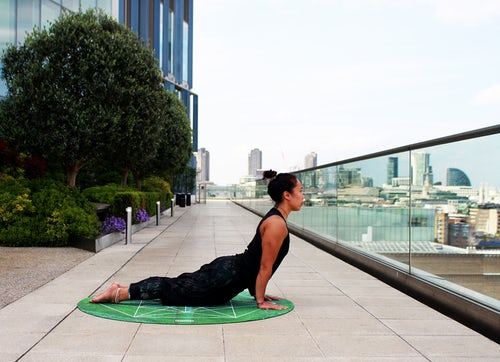 Look around any gym or studio and you’ll quickly understand why more than 21 million Americans are turning to their mats to practice meditation and mindfulness, according to the Yoga Journal.

Although yoga is practiced throughout the country, several major cities stand out as yoga capitals, with each honing a particular style and culture of their own. Below are America’s major yoga capitals and what you should know about them before visiting.

The same city known for its hustle and bustle is also one of America’s biggest yoga capitals, with teachers going above and beyond the customary 200-hour training programs and aiming for 10,000 hours instead. With a population of 8.4 million people, NYC has an amazing collection of yoga studios with different styles and unique teachers.

In customary NYC fashion, yoga opportunities expand over different horizons, including dance infused yoga at Laughing Lotus Yoga Center and even a naked vinyasa at the Bold & Naked studio. If you’re driving to NYC, be sure to brush up on the latest traffic laws and safe-driving practices to maintain your zen while en route to yoga.

Denver’s fair weather and high elevation attracts athletes worldwide who prefer to train at higher altitudes to create more red blood cells in their bodies, allowing them to perform at peak performance levels during competitions and games.

The Bay Area, including San Francisco, Oakland and San Jose, has been a trendsetter within the yoga community for years now. You notice the importance of yoga in the Bay Area as soon as your plane touches down at San Francisco International Airport. It’s the first airport with a yoga studio and is open to any visitors who need to unwind.

In addition, popular tech companies, including Google Samsung, house yoga studios for their employees to take advantage of during downtime. The Bay Area has always pushed the limits of conventional yoga, introducing the practice in unusual locales and even creating fusion studios like the Yoga Tree, which offers classes in Jivamukti, Iyengar, Forrest, Mysore and Hatha.

The Emerald City is just one of five cities with Yoga to the People, a donation-based yoga studio, which makes the art of yoga accessible to everyone who wishes to practice. When the weather allows, there is also yoga in the park and hiking-yoga expeditions at low cost to participants and open to yogis of all ages.

Yoga is introduced to children at a young age, including accessibility at school, festivals at various museums and even while children are still in the womb, as many studios offer prenatal (and postnatal) yoga. Seattle’s yoga style is all about inclusion, and the community strives to make yoga available to people of all ages and socioeconomic backgrounds.