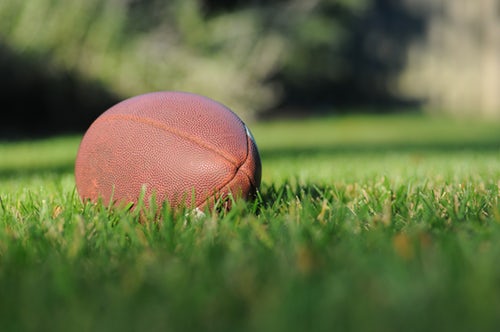 We’re just days away from the NFL season opener, and for some it’s the best time of the year. The jerseys come out of the closet, the fantasy rosters fire up on the laptop, the grill is sizzling on high, and the coldest beers are unearthed from the bottom of the cooler.

Yes, football is a staple of fall, but it’s not exactly kind to our waistline. Carbs and calories from booze and delicious barbecue make our guts expand faster than Eddie Murphy from “The Nutty Professor,” especially if your team is about to cause you manic depression via another disappointing season with a Black Monday firing.

A 2013 study found that fans of bad teams are more likely to eat more junk food and gain more weight, and there are plenty of teams to cause fans across the country many headaches. But it doesn’t have to be that way. Turn Sundays from binge to buff with these easy tips to keep in shape during the season and keep the spirit of the game alive.

Make It a Game

Chances are, you’ve already done this with alcohol. “The X Drinking Game” is a college classic for anything from Jets butt fumbles to Joe Buck-isms. But instead of taking a swig every time the camera catches Bill Belichick with a scowl on his face, bust out a quick workout. An NFL exercise game could look something like this:

The possibilities are endless, but you’ll have more fun if the game is more creative than “10 pushups for every first down…” Snooze.

When was the last time you watched an NFL halftime? Beyonce’s reunion with Destiny’s Child maybe. Halftime is a throwaway and instead of reaching for the next beer or chicken wing while Pam Oliver asks the coaches the worst and weirdest questions imaginable, design the perfect halftime workout.

An NFL halftime is exactly 12 minutes, which is the perfect amount of time for a high-intensity, high-interval workout. Some of the workouts require a barbell or other equipment, but there are some that you can do right in the living room. This fast-paced 12-minute workout will be just the thing to kick your metabolism in gear and keep it revved for the second half of the game.

What’s the second most useless part of an NFL game next to halftime? Pre-game and post-game, hands down. The only thing worse than sticking around for an NFL post-game is watching a recap of “Real Housewives of Wherever.” It doesn’t matter if you’re playing a workout game during play or busting out a grinder during halftime, use the pre-game to stretch out and the post-game to cool down to make your workout complete.

Don’t Be a Tool About It

Listen, not all your friends are going to be down to do this, and that’s OK. Just roll with the punches and do your own thing. They’ll be off to the side, jammin’ on wings and crushing beers… and that’s OK, too. You’re doing this to keep your waist smaller than a tractor tire, not create a bonding experience with the guys. Now, get out there and look more like a running back and less like an o-lineman.