The FDA’s New Serving Sizes May Backfire — Here’s Why 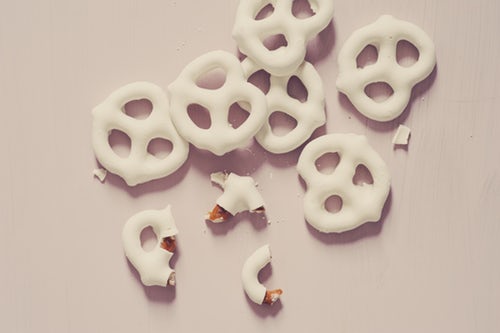 Pop quiz: What exactly is a “serving size”?

This lack of understanding could be a problem for the Food and Drug Administration (FDA), the researchers said. The FDA is planning to change the serving sizes that are listed on nutrition labels because people typically eat larger portions now than they did when the Nutrition Labeling and Education Act (NLEA) was passed, in 1990.

For instance, the current ice cream serving size is listed as half a cup, but under the proposed changes, it would change to 1 cup, the researchers said.

To investigate, researchers presented people with current and proposed nutrition labels and asked them a variety of questions, including how much they would eat, buy and serve of three products: chocolate chip cookies, Goldfish crackers and lasagna.

“Basically, in all those studies, we find that the increased serving sizes of the proposed label lead consumers to serve more product to themselves and others, which is potentially very troubling because excessive consumption is a key contributor to obesity,” said Steven Dallas, a doctoral student of marketing at New York University who led the research, published online Aug. 14 in the journal Appetite.

In one experiment, researchers asked 51 people waiting in a line to see a college basketball game how many mini chocolate chip cookies they would like to eat. They were given either the current nutritional label (serving size: three cookies) or the proposed label (serving size: six cookies). Those who received the new label said they wanted, on average, 4.7 cookies, while the group that saw the current label said they wanted 2.3 cookies, the researchers found.

This shows that “the increased serving sizes lead consumers to consume more of the product for themselves,” Dallas told Live Science.

In another experiment, 60 undergraduate students were asked how many Goldfish crackers they would serve to “Sarah,” a woman who was trying to follow a healthy diet but was also hungry. As before, half of the participants saw the current label (serving size: half a cup), and the others saw the proposed label (serving size: 1 cup).

This suggests that “the proposed label leads consumers to serve more to another person,” Dallas said.

Education about serving sizes could help people in the supermarket and at home, Dallas said. If people realize that the serving size is not a recommended portion size, they might eat less, he said.

Moreover, adding a definition of “serving size” to labels might help consumers. For instance, it could say, “Serving size does not refer to how much of the product can be healthily consumed in one sitting; it may be healthier to consume less than the serving size in one sitting,” the researchers said in their study.

But the researchers agreed that updated serving sizes could help people assess health facts without having to do math. For instance, a man drinking a 20-fluid-ounce soda might think he is consuming 100 calories — the current amount listed for one serving. But because the serving size is 8 ounces, the man is actually consuming 250 calories, and the new label would reflect that, the researchers said.

These changes could help people determine their actual calorie and nutritional intake, said Dr. Jason Block, an assistant professor of population medicine at Harvard Medical School, who was not involved with the study. It might also motivate companies to reduce calories in foods, especially if buyers stop buying certain products, he said.

However, the new findings show that the FDA has more work to do, Block said.

“I think it’s useful information as the FDA goes through this process of trying to figure out what the new Nutrition Facts panel will look like,” Block said.

A definition of serving sizes on packaging might help, but there is already limited room on the labels, Block said. “It will look like a crowded word salad,” he said.

Instead, education from all angles — including the FDA, local and municipal health departments, and advocacy groups — are needed, he said. He expects the changes to take place within the next few years.

“Overall, the proposed changes are useful, really highlighting sugar and calories,” he said. But the new study also tells “a cautionary tale that we have to pay attention to,” Block said.

​Get That Bod Bikini-Ready With a Mile High Fitness Personal Trainer
April 14, 2016