Fidgeting may be good for health 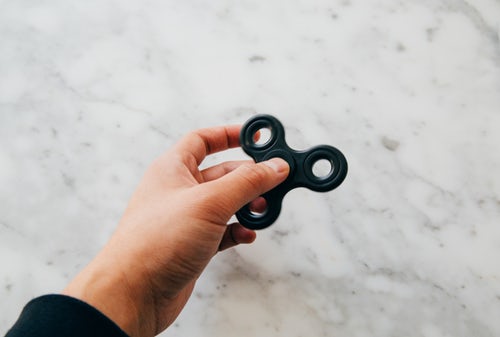 As more people live sedentary lifestyles, it seems that any type of movement may be good for us. A recent study published in the American Journal of Preventive Medicine suggests that fidgeting, traditionally considered unacceptable in some circles, could decrease the risk of mortality in those who sit for much of the day.

The study, led by researchers at Leeds University and University College London, both in the UK, builds on growing evidence suggesting that a sedentary lifestyle is bad for one’s health, even if the individual is physically active outside work.

According to the American Heart Association, the number of sedentary jobs in the US has increased by 83% since 1950; in 1960, people working in physically active jobs represented 50% of the workforce, compared with less than 20% today.

Statistics show that even adults who meet recommended physical activity levels and who sleep for 8 hours per night may spend up to 15 hours a day sitting down.

Previous research has indicated that breaks in sitting time are markers of good health, such as body mass index (BMI), glucose and insulin responses.

The current study follows on from a larger project, the UK Women’s Cohort Study, which focused initially on the eating patterns of 35,000 women.

Participants were followed up for mortality over an average of 12 years, and the relative risk of mortality was estimated in the high (vs. low) and medium (vs. low) sitting time groups.

In women who sat for long periods but considered themselves “moderately or very fidgety,” no increased risk or mortality was established as a result of the sitting. The risk only appeared to increase in the case of “very occasional fidgeters.”

It is the first time that researchers have considered whether fidgeting might help to counter the effects of sitting for long periods.

While the exhortation to “Stop fidgeting!” conjures up images of teachers, parents and grandparents, co-lead author Prof. Janet Cade, from the School of Food Science and Nutrition at the University of Leeds, suggests new advice:

“While further research is needed, the findings raise questions about whether the negative associations with fidgeting, such as rudeness or lack of concentration, should persist if such simple movements are beneficial for our health.”

In particular, the report recommends identifying more detailed and better validated measures of fidgeting in order to replicate these findings and identity mechanisms, particularly measures that distinguish fidgeting in a seated from standing posture.