Why You Should Go Screen Free and How to Do It 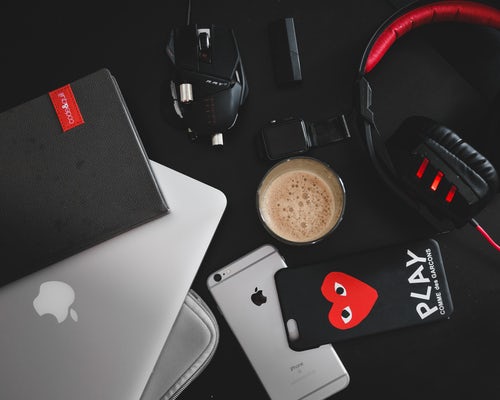 In a world where we are plugged in 24/7, it can be hard to disconnect and power down. But that might be just the thing we need to live healthier, more balanced lives. It’s estimated that American adults spend 11 hours each day using digital media, according to a report by Nielsen. This media consumption includes everything from TV time to smartphone use.

It’s no secret that the overconsumption of media and technology has been linked to health risks. The Vision Council reports that 70 percent of Americans experience eye-strain as a result of using devices for long periods of time. Additionally, the National Sleep Foundation claims that 95 percent of Americans use technology before bed, causing serious sleep problems as well as the risk for obesity, stroke, heart attack and memory loss. A study from the U.K.’s University of Salford found that social media users said their social networks have a negative impact on their lives, causing low self-esteem, stress and even Social Media Anxiety Disorder. And, according to an article from The New York Times, experts claim that technology is essentially rewiring our brains and has a similar addictive effect to drugs, alcohol, sex and food.

So, how can you disconnect from it all? Here are a few ideas to keep you busy during your screen-free day:

Go for a Walk, Jog or Run

If social media is stressing you out or got you feeling low, sign out of Facebook and Twitter and hop on the treadmill or go for a walk outside. According to a study published in Medicine & Science in Sports & Exercise, 30 minutes of exercise, walking or running can quickly lift the mood of a person suffering from a depressive disorder. And, The American Heart Association reports that walking can enhance a person’s mental well-being.

It doesn’t take much to get started, just a pair of good, supportive shoes. If you normally use a fitness tracker or a smartphone app, leave it at home.

Another method to help reduce stress is music. Scientists say that listening to music can ease pain caused by depression and can even help spark creativity. A 2013 study published in Frontiers in Psychology found that music puts people in better moods.

Instead of listening to iTunes, take your music listening experience to Broadway. If you think New York is too far, check out Telecharge for show listings in cities like Boston and Philadelphia. Of course, you should purchase tickets online prior to scheduling your offline day.

If you’re in a creative slump, it may be because you’re spending too much time indoors. According to a study published in PLOS ONE, time spent outdoors can boost a person’s creative thinking and restore certain essential brain functions. If the overconsumption of technology has affected your attention span, multitasking and problem solving, a trip outdoors may help you bounce back.

From exploring a nearby urban trail to taking your lunch break outside to taking a weekend-long camping trip, the outdoors is good for your brain. The activity doesn’t matter as long as it reconnects you with nature.

4 Calorie-Torching Moves That Tone Your Legs and Butt
August 24, 2015
1 Comment